I had several photographers bowed out at the last minute due to sickness, Saturday-morningness and plain bad weather. Rumors were aswirl of a resurgent black death stalking down windblown Galway street, but 091 Labs, boards.ie and photowalk.ie combined to field nine walkers.

It was a fun day, really. I even had a moment of gear envy, a moment that was ironically centred around an assortment twenty year old and toy (Lomo) cameras! I originally wasn’t going to shoot on the day, but Oisin made a timely donation of 35mm colour film to save the morning. The walk itself took a meandering route down under the Lough Atalia bridge, past (but not in because it was locked up!) Forthill Cemetery, around the east side of the docks, where, after a brush with a crazy screaming woman who I took to goading, we lazily meandered in the general direction of the Eyre Square Centre. 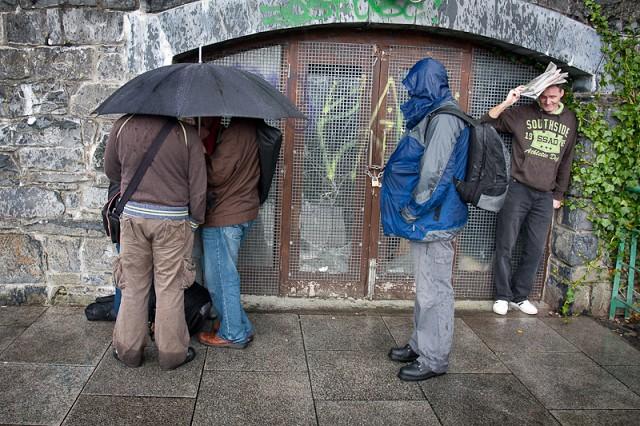 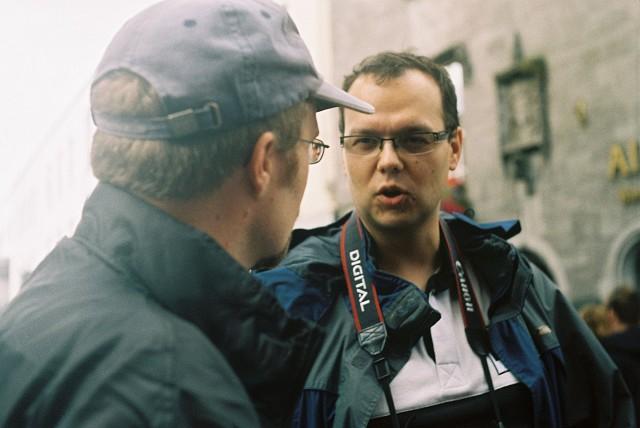 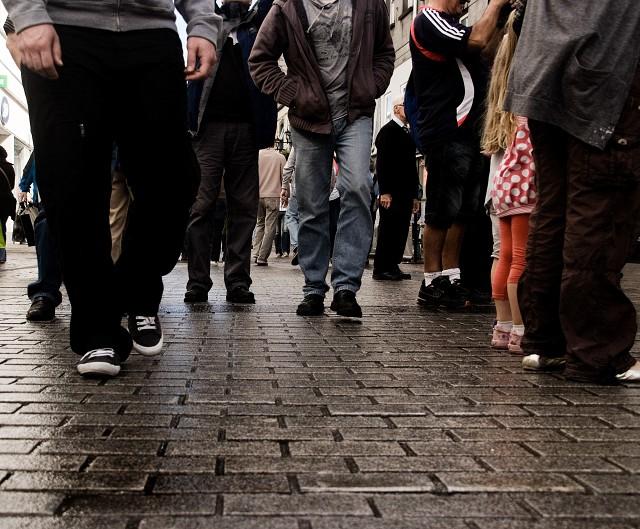 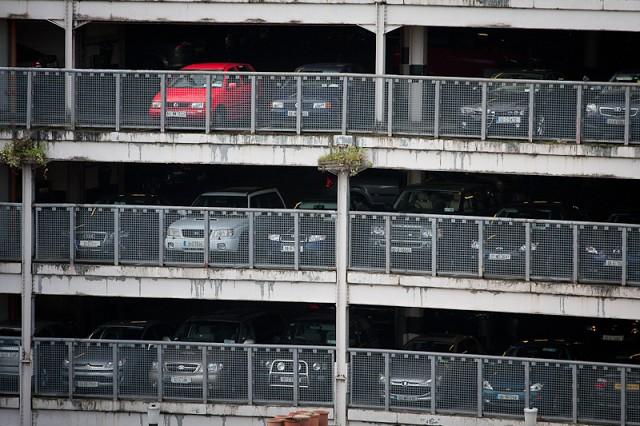 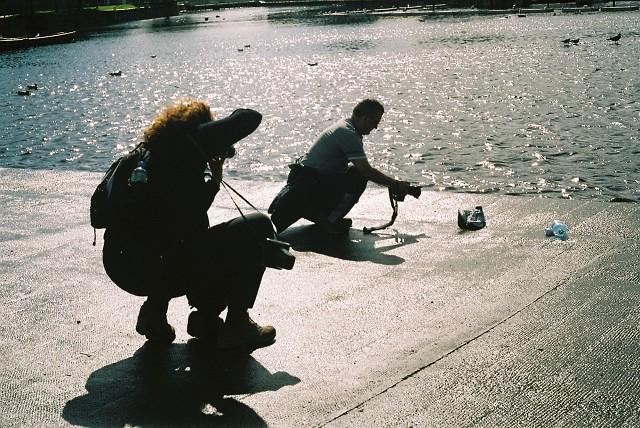 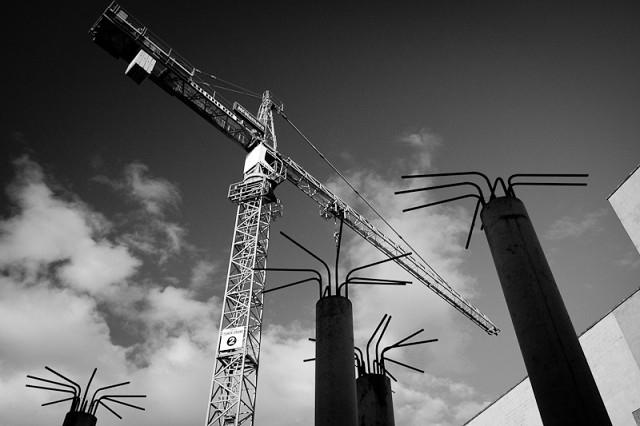 The crazy screaming woman
The crazy screaming woman, henceforth CSW, was fun. We were photographing private boats on private property in a shocking and disrespectful of the law and upon CSW’s instructions we were to cease photographing, delete the images and leave the area immediately or face consequences. I’m very proud to say that the other photowalkers brushed her off good-naturedly and bit proud and a tiny bit ashamed to admit that I took to goading her and started photographing her. Extensively. CSW used language that did not befit her station as a regal matriarch of the dockside community.

Or maybe she did… if you say “dockside community”. My last view of CSW during a cheeky grin and wave over my shoulder as was furiously calling An An Garda Síochána to forcibly remove us. Crazy Screaming Woman, I salute you.

On the roof of the Eyre Square Centre we took some crazily-perched vistas of the city, surrounding hills and bay. Hugh, especially, bagged some really gorgeous shots of storms rolling in off the bay. I’m really shocked that we weren’t run off from the roof of the centre. Staff and public ignored us and residents of overlooking apartments graced us with friendly waves. Up and down, over and through, back around…

Shop Street and the Saturday market. Newcomer and new photographer Sinead – Sinead: Hello! – and Hugh both took their leave of us. Oisin, Denis, Denis’ wonderful wife Lorraine, Ken, Petra, anonymous Polish guy (I am very, very sorry but I do not remember your name :[ ) and I all broke for lunch at Riordans cafe. After Riordans we took in the River Corrib, showers, the Waterside and, yes, swans. Swans swans swans. And then we went back to 091 Labs and collectively crashed out on the couches. All of us who made it had a really fantastic, edutainment packed day for everyone who made it. If you want to explore more of the photographs from the walk, you can discover them on pix.ie by exploring the photowalk tag: