Swings: I have a staph infection on my face. The beard had to come off. No photographs; I don’t want any lasting record of the 2 euro coin-sized sore/scab on my jaw.

Progression of the infection:

The medication has worked great! It’s already drying up and a lot of the scabbing is gone.

Roundabouts: My enhancement Shaman took down the Void Reaver in Tempest Keep solo. It is one of the toughest single soloable boss fights for Shaman, because you spent 95% of the fight silenced. You effectively have to exploit a boss mechanic – an intermittent knockback – to be kicked out of the silence for a second so you can pop Melstrom heals, or your wolves.

This was definitely a tough fight – It took about six wipes before I got it down to pat, and even then it was relatively close. I had to swap out some glyphs and use Earthliving Weapon on my offhand so I could take in some healing during the fight. There are strategies out there, but I will add this: Lead in with cooldowns blown. Drop Stoneclaw Totem, bring out your wolves, lay on Shamanistic Rage, and pop Heroism; with all of these combined you won’t have to worry about your health for the first 30-45 seconds of the fight, which rally helps.

(The offline character in this raid is my Death Knight Shabura) 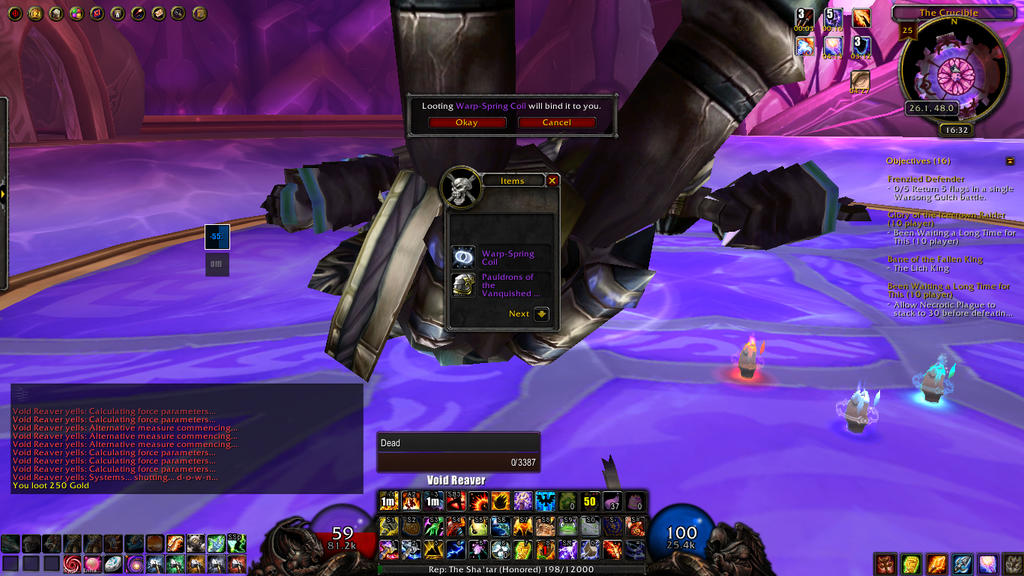