One of the earliest posts on my blog was a February 2006 reflection of my relationships and friendships. I felt an update was needed. 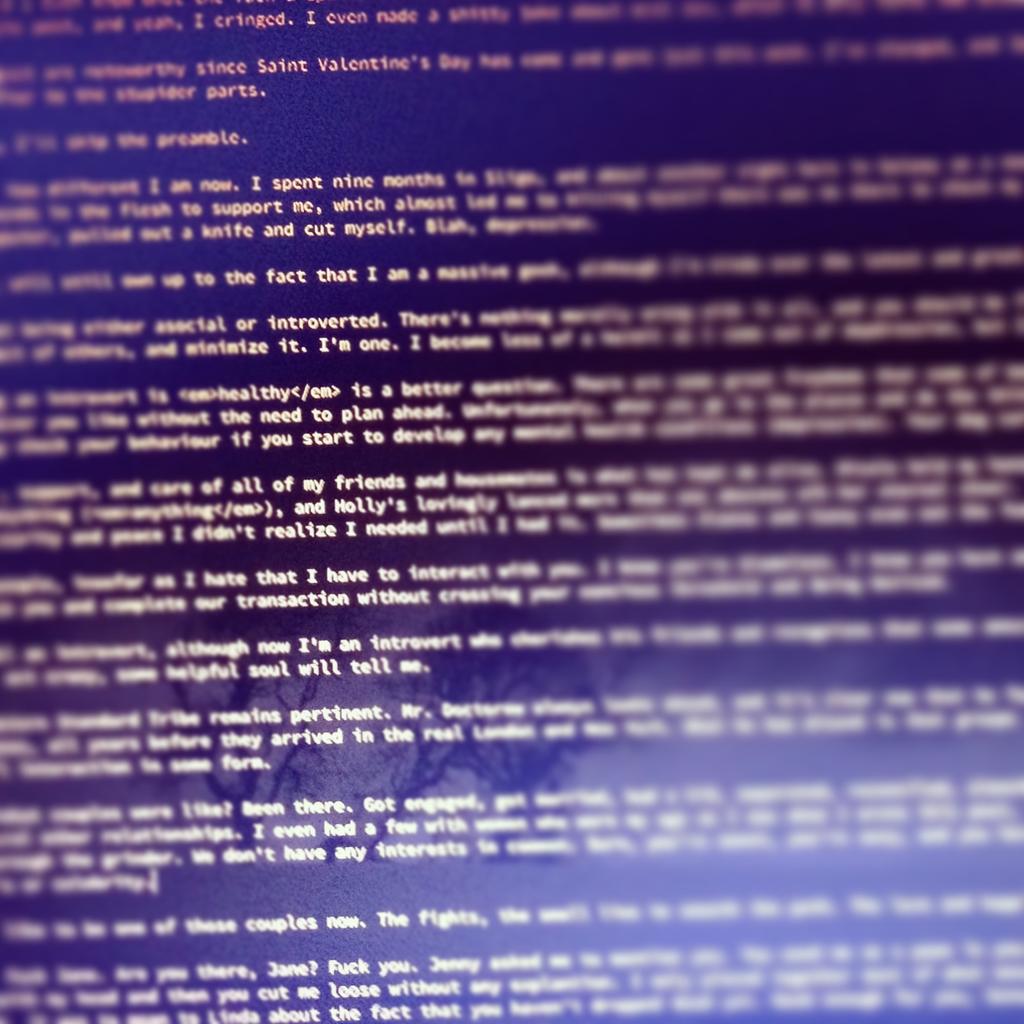 One half of my backfill has come from take old photographs from the all the different image hosts that I’ve used down through the past years. I create new and backdated posts for these images.

The second half of posts are those that in need of minor attention in order to bring them up to the standard I’ve used since 2010. Fix the link, check the spelling, add the tag, pick the category, save the post, go to the next, repeat.

The tiny third half of posts are that aren’t complete, where I either told a half ofthe story, self-censored because I feared a backlash, I wrote in the assumption that the reader would be familiar with the subject, or I simply forgot. That hasn’t worked out too well. Acquaintances and readers come and go, friends shuffle off this mortal coil, I’ve forgotten just what I wanted to allude to, or I simply feel it is time for me tell the full story.

The third of the two halves of posts are the ones that take up the most time. I mean, I can draft, write and publish a new posts in under sixty seconds. It takes less than ten to fix an image’s broken link. But when it comes to the parts of my life where I find that I still have a story to tell, I mark myself as offline, roll up my sleeves, pull up the reference material, and write.

There isn’t a whole lot of preparation or order to how I tackle posts; I just pick a month at random and dive right in, because otherwise it becomes a chore, chores lead to boredom, and boredom leads to video games. My current block of posts is from the first six month of archives. I culled about thirty posts where the images no longer existed (on Photobucket of all places), fixed a lot of broken HTML, added a handful of images to Dropbox from Flickr, and rewrote two posts to everyday standards of grammar.

Almost the first post I ever wrote on my site, when the blog was only two months old was a spiel made on and about Saint Valentine’s Day, and how I connect with other people. I was young, naive, and sheltered (and pretty dumb if you go by my original spellings-did I even know what the fuck a spell check was? :/ ). I embraced the whole “forever alone” thing with a wink and a smile. I mean, fuck, Me? Friends? Lol, so silly! I’m happy alone. It was a cringeworthy post, and I dutifully cringed. Christ, I even made a shitty joke about oral sex, which is only funny now because I was basically a virgin who still lived with mummy when I wrote that post.

The date and subject of the post are noteworthy since Saint Valentine’s Day has come and gone again this week past. I’ve changed since the first post, and Jenny and Holly have both encouraged me to revisit the past without taking Mjolnir, hammer of Thor, to the stupider parts.

For all of our sakes, I’ll ignore the awful prologue I wrote for that post. Or that I wasn’t even honest, because I was in the middle of a heated entanglement-I had already found for myself a goodly measure of satisfaction and happiness.

I hadn’t experienced true loneliness when I wrote this post. I dabbled in it, enjoyed a touch of the rare old Irish isolation here and there, but I hadn’t yet been physically cut off from my friends and family by oceans, deserts, continents, and entire timezones, or retreated to my room, grew a majestic beard, and spent like a year as a nocturnal hermit, because I was hurt and fuck off other people. The latter almost killed me, because there was no there to catch me when I crashed. Nicole was my angel, but even she could only do so much when I turned off the computer, pulled out a knife, and decided to cut my arm up for reason of both business and pleasure.

There’s nothing morally wrong with introversion at all, and you should always be free to follow your own path to happiness. If you like people you like people, and if you don’t then you don’t. Many of us cannot either abide or manage the contact of others, and minimize it. I’m one. I’ve become less of a hermit as I come through the depression, but I’m still sensitive to groups of humans, and the pressures they can put on me.

Whether or not being an introvert is healthy for you is a superior question. There are some great perks with being asocial: You have the freedom to do whatever you like, whenever you like, without the need to plan ahead with others.

Unfortunately, when you go to the places and do the things, you start to notice that you’re alone, and loneliness creeps in. Your cat can’t sanity check your behaviour if you start to act abnormally, nor can your dog pull you up when you hit rock bottom and all you see is The Problem.

The unflagging love, support, and care of all of my friends and housemates is what has kept me alive. Nicole held my hand through my worst manic spells, Jenny is the sweetheart I can’t caustically bitch to about anything (anything), and Holly’s lovingly lanced more than one abscess with her eternal cheer. Alanna and Casey took me into their home and put a roof over my head. It was the physical security and peace I didn’t realize I needed until I had it. Sometimes Alanna and Casey even eat the food I cook without blanching.

I still hate most people, insofar as I hate that I have to interact with you. I know you’re blameless. I know you have an internal life as rich and full as my own, but I don’t want any part of it. I want to talk to you and complete our transaction without crossing your conscious threshold and Becoming Noticed.

I am, I guess, still an introvert, although now I’m an introvert who cherishes his friends and recognizes that some amount of physical interaction is extremely healthy, and helps to sanity check my behaviour-if I act crazy, some helpful soul will tell me.

Out of that entire post the very least I’ll grant you that I remain a massive geek, although I’m kinda over whatever the latest and greatest book or television series might be; I see them all as just vomited-up collections of the same tropes. I’ve moved on to programming, hard science fiction, and, occasionally, a stolid bottle of whiskey to wash down some godawful shooty-explody space opera.

Cory Doctorow’s Eastern Standard Tribe was spot-on. Mr. Doctorow always looks ahead, and in EST he foresaw our online social networks, distributed work groups, and ubiquitous smartphones, all years before they arrived in the real London and New York.

Did I really wonder what couples were like? I’ve been there. Got engaged, got married, had a kid, had another kid, separated from Mariah, reconciled with her, was almost murdered by her, and separated again. I suppose I’ll eventually divorce her.

I’ve formed and broke several other relationships since, even had flings with a few women who were the same age as I was when I wrote this post. They were vapid bimbos with no life experience. They haven’t been through the grinder, and I struggled to find interests in common. Sure, you’re sweet, you’re sexy, you’re actually pretty smart, and you have boobs that could smother me, but I honestly could care less about your favourite soap opera or celebrity.

I know what it is like to be one of those couples now. The fights, the friction, and the small lies to smooth the path. The love and elation, and the raw pleasure of physical contact. I wish everyone well with that. 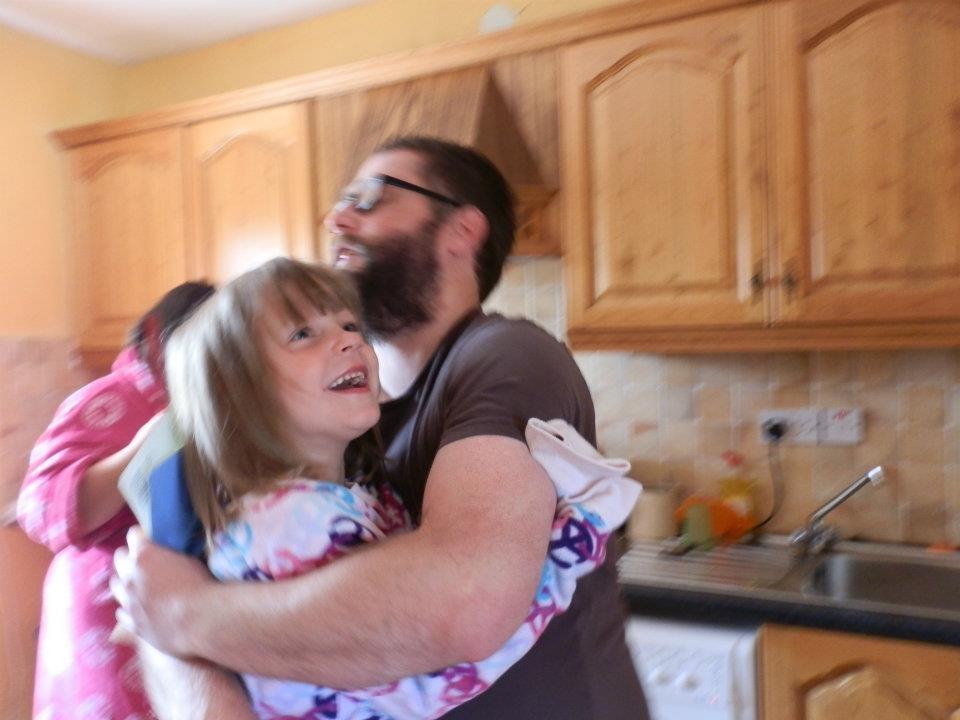 Children are apparently as universal constant as c in a vacuum.