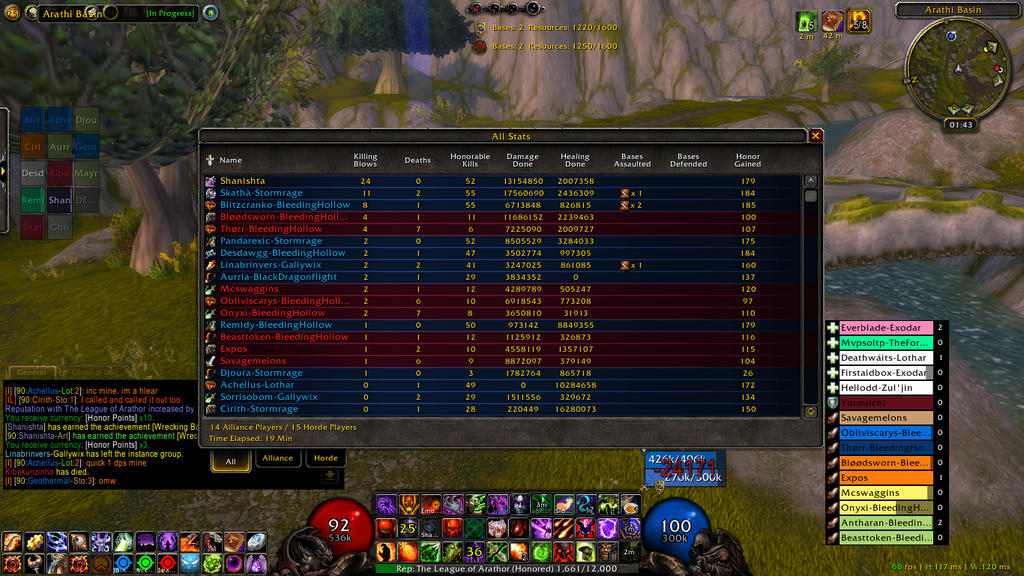 I think I have the hang of Warlocking again.

As of writing, Shanishta’s gear is bad-there are still a bunch of Timeless pieces, and Prideful/Grievous pieces missing enchants-but I have an idea of how it can be played now. I played a lock for two or three years back in vanilla, but a look at the screenshots tells me that I hadn’t a fucking clue what I was at. I vacillated between Demonology and Affliction, and a look at my spell bars in the screenshots makes me think that I was Demonology. I recall that Destruction was bad, and I was partial to BIG STOMPING DEMONS with which to crush people.

Oh my, how it’s changed. Sit back-stand way in the rear, in fact, keep up my Immolates, spam incinerate, and pop everything when I can Chaos Bolt. Watch enemy healths like a hawk, and spam Shadowburn when they drop low enough.

In most games, I (and we as a team) are shit on hard, but in a few I get to return the favour tenfold. It was hilarious that I got Wrecking Ball inside of a week of seriously playing this character again, to go alongside Masserah and Galishavi’s.

Wrecking Ball doesn’t indicate much beyond favourable circumstances to get a lot of kills, but to me it is the milestone where I “get” the class. I can join a battleground and succeed. Much done, more to go. So I get Destruction now, at least. My next step is Affliction.

This is probably the single photograph that best epitomizes the high points of the past six months in Switzerland....