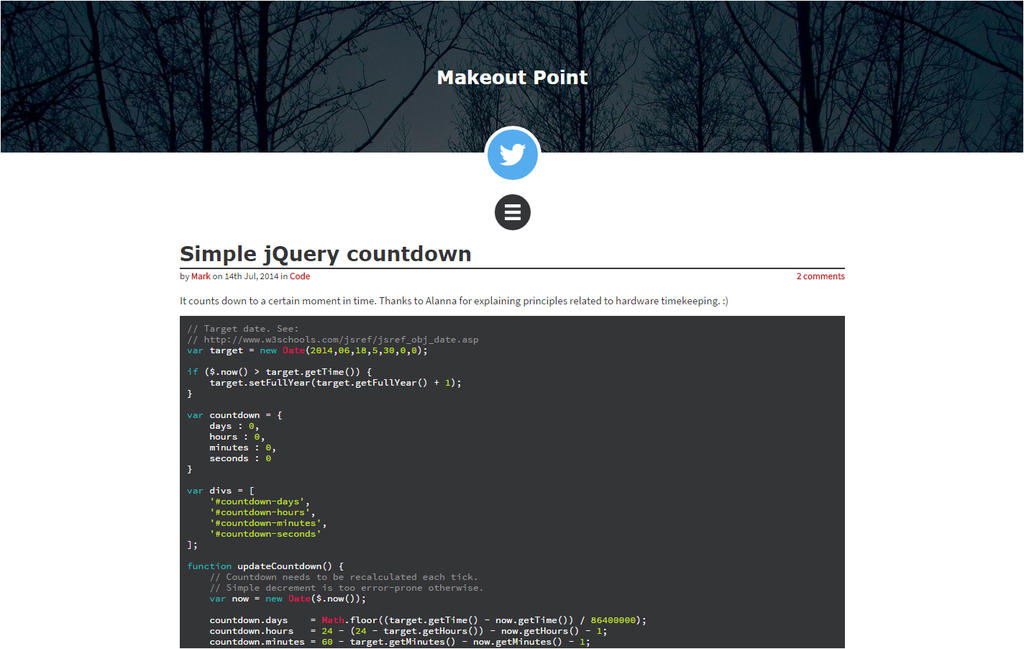 Thank my housemate Alanna for this theme. Alanna has wanted to blog for a while, but Alanna has also wanted to procrastinate and play video games in her free time. :) She hopes that because she asked for a unique theme for her site, and drove me to build it, she might be more likely to blog out of a sense of responsibility to the work undertaken.

And here I am two weeks later, just about finished with Makeout Point. The theme is clean, minimal, responsive, and not half-bad compared to my earlier efforts. The theme is built for Anchor, a PHP Facebook-lite. The available functions are bare bones compared to WordPress, the upshot is that you don’t have WordPress’ cruft. Want to loop comments? Loop comments. Want to get a count of comments? Get a count of comments. There’s a really nice straightforwardness to Anchor that I’ve enjoyed working with.

The design is clean, responsive (smartphone through to desktop), fast, has a strong focus on code snippets, and makes use of burger menus for both site navigation and article comments. 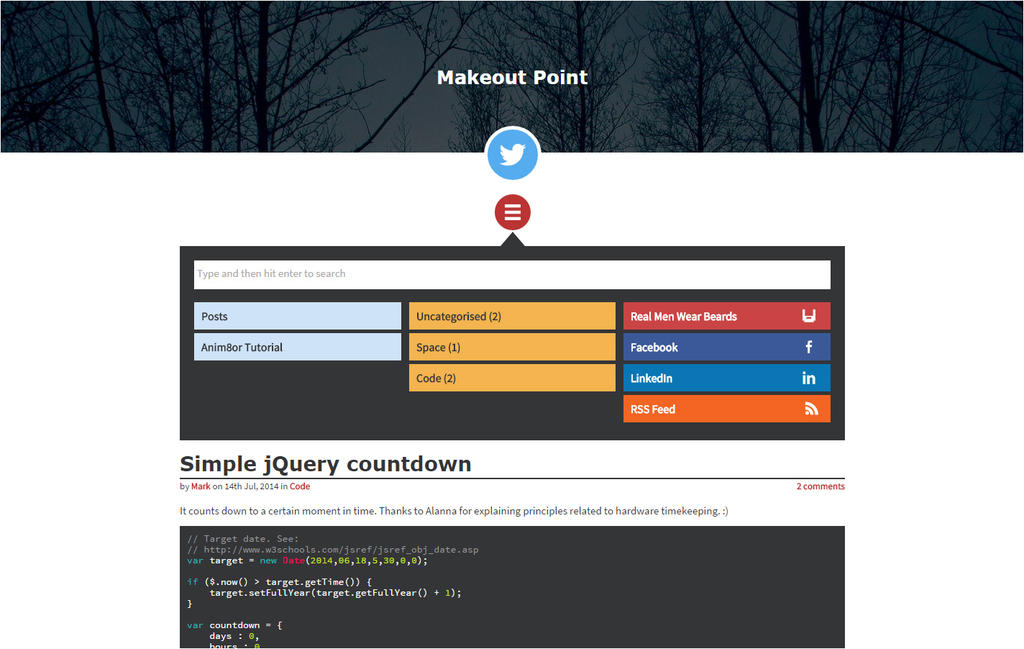 Anchor isn’t perfect-you can freely use a mix of both HTML and Markdown, and this leads to occasions where previously-escaped HTML and XML code snippets in <pre> tags are parsed. Whoops. It’s nice though, don’t mistake me! I’d love to work with Anchor more in future.

You can fork or pull Makeout Point from it’s GitHub repo.