Taken at the Science Gallery in Dublin on Saturday. Eadaoin’s aunt Trish and cousin Emer came down from Sligo for an event at the Tiger Dublin Fringe Festival, and stayed with us for the night.

In the end Trish and Emer (and I; I was at home writing) arrived late and missed the Gaeilge Tamagotchi event they had hoped to attend, so Eadaoin took them to Temple Bar. I met them there later at the Temple Bar Gallery Studios, where I found Eadaoin, Trish and Emer dressed up as a candycorn while they spun in mad circles. This amongst a host of other kaleidoscopic madness. I beat a path back to there door, and outside, in the sun, I questioned my atheism.

What godless universe, what chance permutation of a deterministic system, could produce such madness? 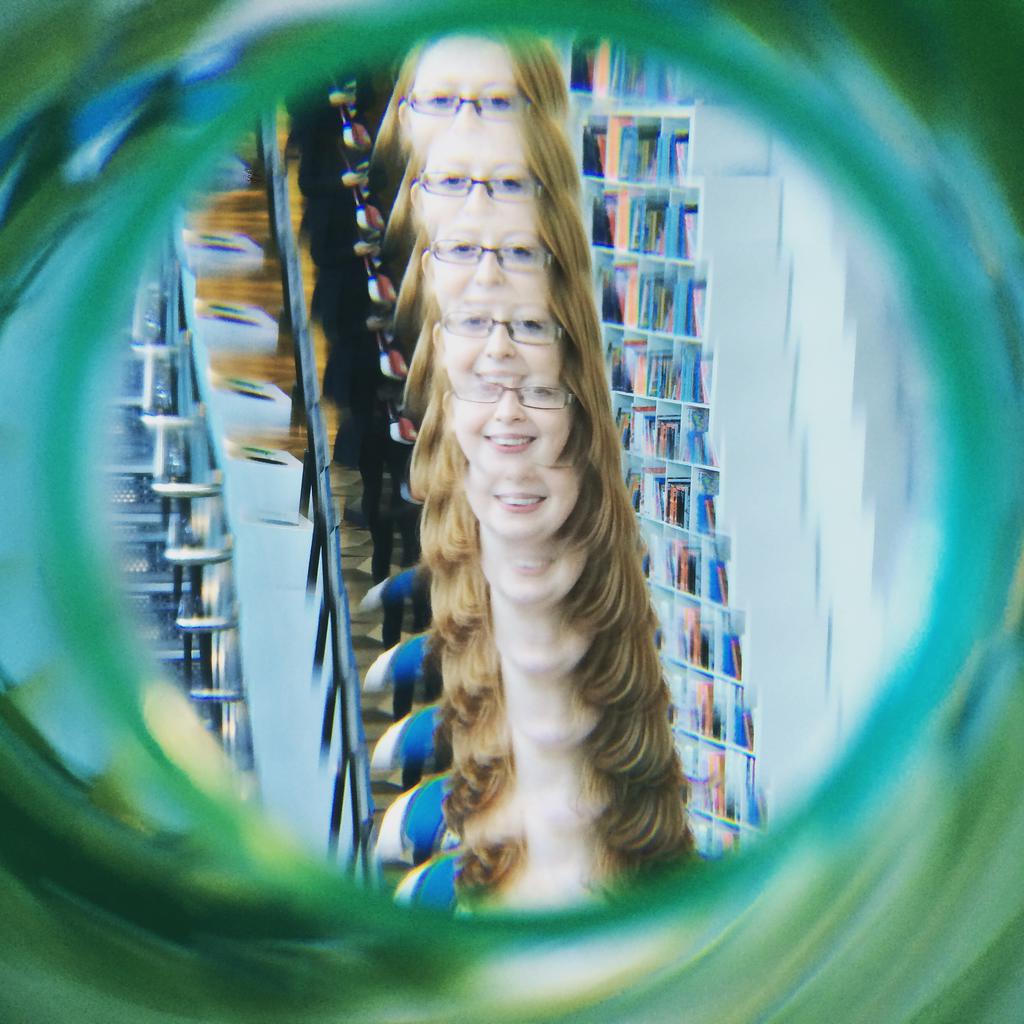 From there we went to an American candy shop and to the Science Gallery jussssssst before it closed, and to Dubray bookshop on Dawson Street. Our last stop was Massimo’s on Dawson Street, where Trish kindly bought us dinner, and then home. It was a great, fun day.