I accidently deleted several hundred photos tonight – Fremont Street and Mariah’s belly from just before I left last June, and I feel physically sick over it. They’re on my NAS, I realised the deletion immediately and unmounted it, so I know I can recover them. It doesn’t leave me feeling any less sick over temporarily wiping out some very precious pictures.

For the rest of the day, I tried to show up some weekend warriors who were nervously snapping away at swans from the ramp at South Park by getting down and bravely crawling up to said feathered beastie. I got about a hundred absolutely magnificent photos of them, but the whole experience wound up with me sticking my forehead in fresh bird shit and getting snickered at. I was deservedly owned. 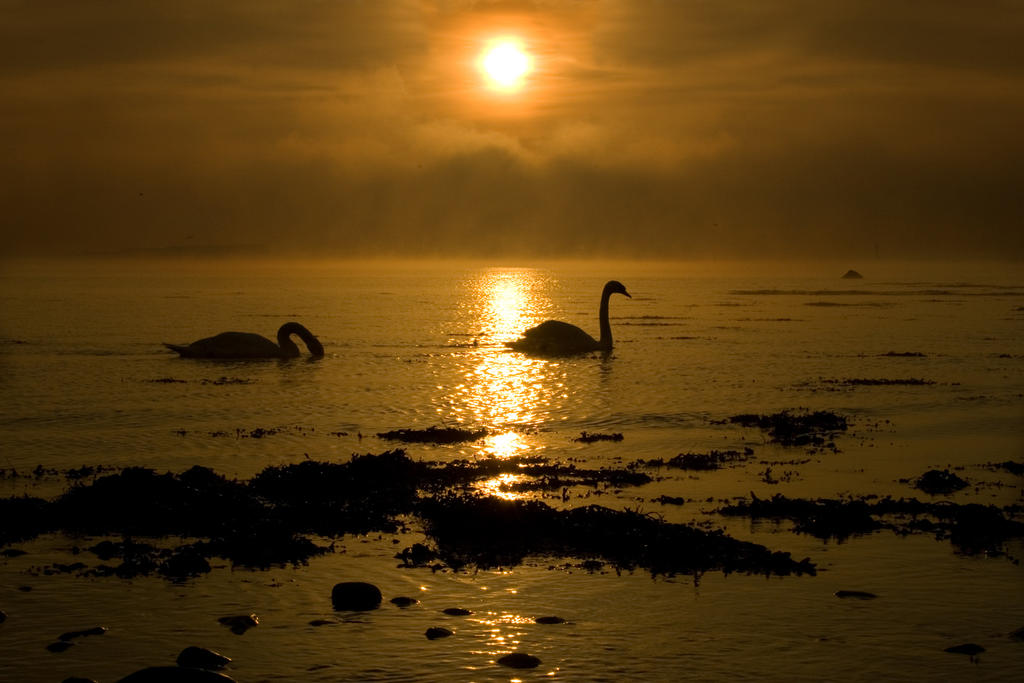 The whole experience got me thinking: For all that they are beautiful animals, swans are a swans are a hugely popular subject for fledging photographer. I know that I’ve taken my own fair share of pictures of them. So what makes an awesome or a different photo? I commented last night on a forum thread that short of offworld travel being opened up to the unwashed masses, most subjects have already been photographed in most ways imaginable. So what makes one in particular different?

You do. You put your own mark of strangeness on a photo. I’ve looked at photos by acclaimed professionals, which the masses have lauded, and found a bland vista. I’ve looked at blurry photos taken by children and found a world of wonderment. It’s different for you. You can see the magnificent and subtly perfect sunset in the first and a crappy photo of some toys in the second. I won’t even pretend I have some form of enlightened stance on what makes something great as I firmly believe that the subconscious makes the decision in a split second. It’s then left up to the concious mind to justify this like or dislike. Oh for sure there’s certain aesthetics in a photo I’m inclined toward, but it’s all in the gut.

And all of the above really sounds like I’m arrogant and talking shit. Win! I’ll leave words to Jenny in future as she has a gift for the English language that I honestly lack.