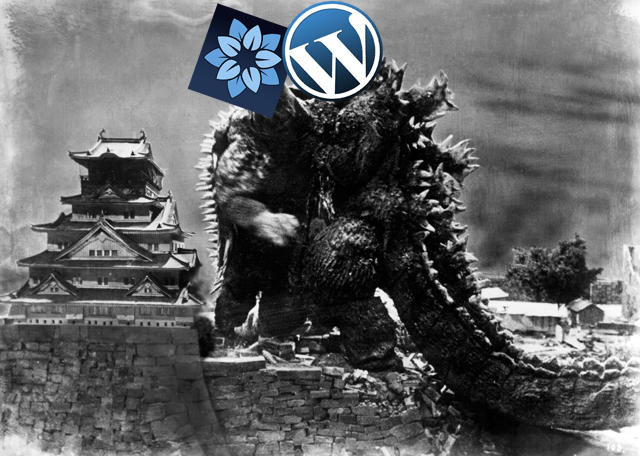 I ping-pong back and forth between a self-hosted WordPress blog and a Tumblr-hosted blog every six months; I say this because we are now reaching the abandon-Tumblr-for-Wordpress portion of the cycle. The complexity, the sheer range of things I can do with WordPress, the buttons to push, knobs to tweak, levers to pull and dials to turn is ultimately overwhelming, so I cut loose for Tumblr.

Tumblr, oh Tumblr! Your simple interface! Your clever segregation of post types! Your seamless handling of the mucky its! Your atrocious and user-unfriendly draft system! Your frequent service brownouts and blackouts! Your limited features and lack of extensibility! WordPress, take me back into your generous bosom!

On every prior switch I have lost readers, content and permalinks. I’ve had to trawl the database, tag posts, cull duplicate and non-me posts. Etcetera. It is a fairly involved amount of work to be undertaken every six months. At this point I have to say that I’m tired of it and after I move back to WordPress this time, I am absolutely finished with Tumblr. I certainly know that over the preceding seasons I’ve carefully tagged posts and hosted all content out of my own Dropbox using a URL structure that’s compatible with my WordPress.