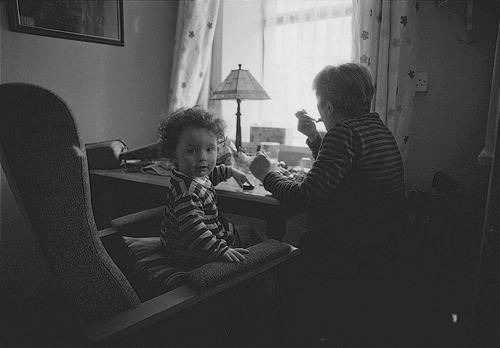 I spent Sunday and Monday in Dublin with the wonderful Sinead Williamson to learn the basic black and white film development under the experienced hand of a woman who regularly shoots with near-infrared film and lives to tell about it. Ostensibly, the overnight trip was supposed to be:

Really, it was supposed to be a neat, ordered-list-with-handy-checkboxes type of excursion. That I’m instead telling you about how I’ll be using paragraphs to recount my experiences should be taken as the metadata of my weekend. Things really went wonky when I turned up for my train at 1050: Irish Rail didn’t have my fucking booking. Did not exist. No way, no how, no sir. This immediately led to a panicked ten minutes of Mark running around like a spastic, iPod-waving chicken as he tried to find a free wifi spot so he could access his Gmail account in order to find his booking number.

Two minutes after arriving I was back out the door to do something that turned into a trip to three photographic galleries, a photo magazine launch and official PhotoDublinIreland Festival event, a reunion with a long-lost piece of clothing, and finally a tweet-sized Boardies-in-honorable-exile-on-Twitter booze-up.

I can’t really complain about the diversion: The trips to the exhibitions were fruitfully conductive of an introspective frame of

Our first two stops were the Gallery of Photography and it’s neighbour, the National Photography Archive, both in Meeting House Square in Temple Bar.

While I waited on Sinead’s portfolio review, I took in both galleries. The Gallery of Photography is currently running an exhibition titled The Gift by Italian photographer Giorgia Fiorio. Blah. The processing (grainy and contrasted black and white) and scale of the images were aesthetically pleasing, but the subject was totally missed on me.

I respect the lasting appeal of candid portrait photography; many of the most trumpeted images of the nineteenth, twentieth and early twenty-first century… 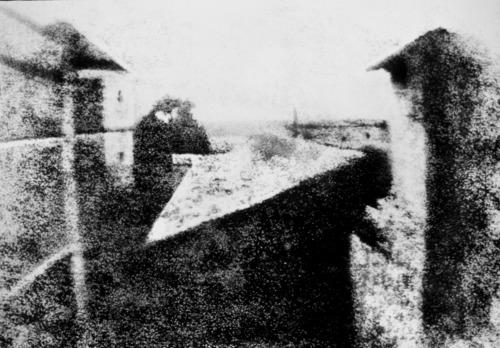 …holy shit – we’re now into our third century of photography. The bicentenary of the first permanent photograph, View from the Window at Le Gras, is a scant sixteen years away. I’ll see it in my lifetime.

…ies are timelessly captured moments of men and women in uniquely intimate situations. You can look at the photograph and make an instant empathic connection with the subject. Their poignancy burrows itself into your animal hindbrain and sticks there. Even as I hold up Martin Parr as a seller of kitsch tat, I can also hold him up as the shining producer of that kind of photography which the masses consume wholesale. Ms. Florio’s exhibition had the unintended consequence of forcing me to confront my feelings on the subject. I really don’t rate her exhibition highly because The Gift was, to me, “People doing stuff. Poignantly. In black and white. Probably recorded on large-format film”. I cynically boiled The Gift down its tropes before I had even looked at more than two or three photographs.

What The Gift instead forced me to do was to question my mind-blindedness, or my extreme difficulty in making an emotional connection with other people. I looked at those photographs and all I saw were aesthetically pleasing convergences of lines and wonderfully textured grain; I questioned my central core of nihilism. Everything (socially) to me is an arbitrary, if organically developed, artificial construct designed to introduce a lubricating medium to discourage Humans from killing one another willy-nilly. Is my nihilism itself just a protection method to prevent me getting hurt by the big, bad world? If everyone and everything is immaterial then the hard sticks become blade of grass that tickle, not

The other exhibition – tat2
Currently running at the National Archive is Fragments of a Broken World a collection of chopped up newspapers and photographs by three artistes. I didn’t bother looking at caption tags and one part of it ran into another. The Gift was interesting (if a bit bland) for me. Fragments of a Broken World was just plain curated trash. The main set piece was a stark condemnation of the Second Gulf War. The installation was made up from still images of military excesses in the war peeking burnt holes fibreboard, fibreboard in that was decorated with photocopies of one or another formal inquiry into the lies used to justify launching the war.

It was just curated shite, plain and simple. The whole exhibition was an artist’s personal flourish/exclamation mark at the end of that old-new maxim: War. War never changes. The description of the exhibition was full of such trashy nonsensical art-words that I had to stop reading and put the pamphlet down because I felt mildly nauseated.

The third exhibition – ur doing it right, akshully.
After Sinead finished with her portfolio review we walked down to Christchurch, where Petra picked us up and took us up to Summerhill for the launch party of D-Light Studio’s hosting of the Homeless Gallery exhibition.

What a difference – it felt like night and day. Whereas the Gallery of Photography and National Archive both has “No photography!” signs blazoned prominently, within 20 seconds of arriving I was herded against the nearest wall by the beautiful Agata Stoinska’s assistance and vigorously photographed. This set the tone for the venue: Photography wasn’t only allowed, but was actively encouraged. At least a quarter of the attendees toted digital camera bodies (with a good showing by the Canon EOS-5D Mk. II) and snap snap snap competed freely with the DJ. As I browsed around the show, the uncurated nature of Homeless Gallery really shown through. Although the artistic quality was hit-and-miss – some images stunk of trope, other images were magnificently thought-provoking and pretty – the technical quality was all-around superb and I felt grudgingly proud to be seeing the work of Polish and Irish photographers of both the amateur and professional callings hanging side-by-side. There were professional high-key portraits, narrative journeys, hideously by-the-numbers panoramas, profoundly intimate personal explorations, amusing trickery and approving-nod-provoking eye-candy. One thing that stuck me was my feeling of just how niche my infrared work is: I saw one definite and one probable infrared photograph in the entire 500-1,000 images of the exhibition. I feel special.

It was really great. Fair play to D-Light studios and everyone involved (including Tommie’s, interesting installation). D-Light are offering a string of workshops over the summer and affordable gallery space. Living in Galway or not, I’ll definitely be keeping an eye of them.

Oh yeah. BLOW Magazine launch party. Lots of people. Speeches. Free alcohol. Great buzz. I felt out of place in the company of all the fabulous, fabulously-dressed young photographers, but free vodka and coke tided me over.

Petra, SInead, Tommie, Tommie’s wife (Mary?) and I all retired to a pub afterwards for more alcohol…okay, I drank coke. Shut up already. I met Rory to pick up a long-long article of clothing and went back into the pub where we all gossiped, talked, and gossiped some more. Great craic! Sinead and I got home late and finally started developing film at around 10 or 11pm. You can catch the full report of that here over on Misadventures. 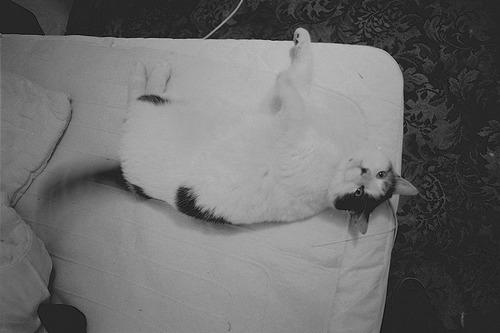 On the morning after the night before…
Monday really was nothing more than Sinead and I stumbling around like groggy zombies. We took off to Rua Red down in Tallaght as reported over on Misadventures, and we both scanned our films. I scanned two rolls of Ilford HP5, and Sinead scanned two infrared rolls whose brands I unfortunately forget. Here’s the final contact sheet of images. After failing epicly in the operation of a Hasselblad scanner as I tried to scan single images, I moved to a simpler Kodak and just scanned everything in one go at a very high resolution. Here’s the resulting contact sheet: 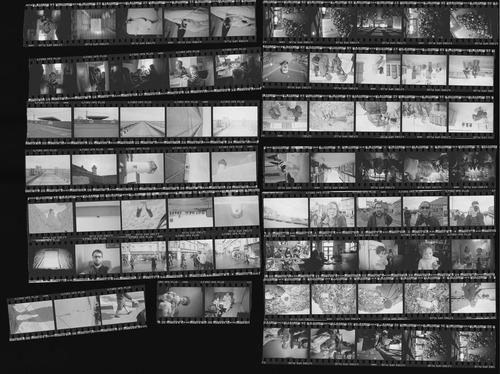 We had a fantastic lunch with Eric Nieduan and then retired to back to Sinead’s for naptime. Not even being subjected to a randomly exploding soldiers and then an impromptu soccer match was able to keep me fresh and perky.

And then I caught the train home. The fucking thing broke down at Kildare station, leaving a trainload of passengers stuck on the platform for fifteen or twenty minutes. Irish Rail: You suck. Get your shit together already.

I came home. I had a shower. I tweaked the draft of this blog post and went to sleep. Fin.