Gods above and below, I did not miss this. For those not familiar with Linux/Unix, it goes as follows: 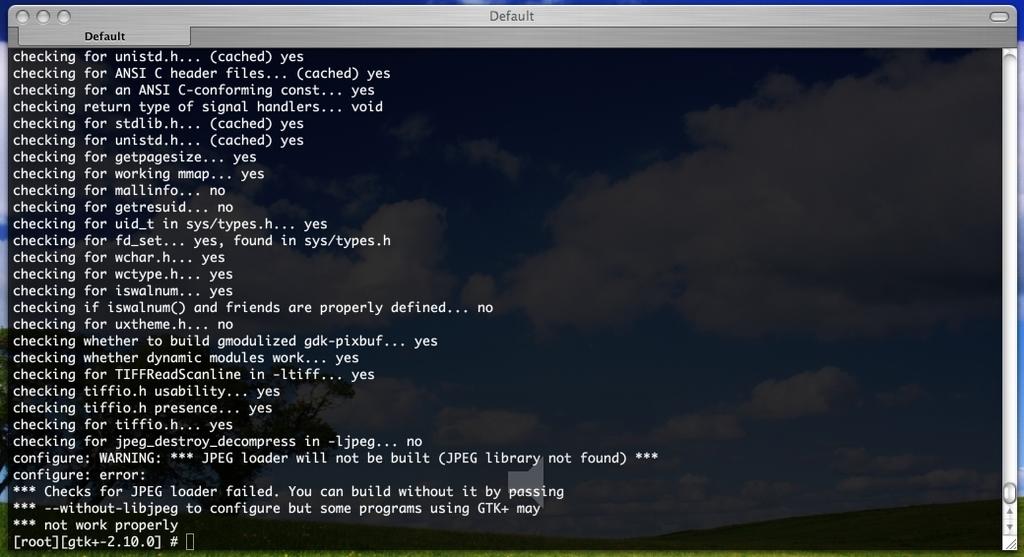 Package A requires pacakge B, which in turn requires package C. So working backwards from this I install C and B. Then I attempt package A again, which informs me that it still can’t find package B, as B installed in a different place than from where A is looking for it.

Confused? Last night’s nightmare involved 12 packages, covering all the dependencies. Going back to the original package, GTK. It still variously informs me that it cannot find two of the packages.

OS X seems to hate the shell. The bash shell is case-sensitive, Finder isn’t. Most Linux shell tools have to be built from source, which typically leads to dependency hell. Fink whines and bitches about me using X11.app when I try to install anything. Darwin Ports installs everything under /opt, doesn’t bother to update my path and everything I’ve installed via it just flops over and dies for some weird reason. All I want is Imagemagick, ufraw and a few other tools so I can batch manage the 10k+ raw files on my external hard disk.

So I give up, I’m wiping my Windows partition (I only used it to play Oblivion anyways) and I’m installing Gentoo again. I tried very, very hard to keep everything within OS X as Mariah quite rightfully complains that I should just pick an OS and bloody stick with it, but Linux has the performance and tools I need out of the box. Applications like Aperture and Lightroom keel over and die, frothing at the mouth, when I import 13,000 raw files. Picasa is actually the perfect tool for my needs, but it’s not worthwhile for me to use Windows just for that. Yes, I know about Cygwin, but again I have problems with integration of imagemagick and ufraw to the bash shell.