No matter how far back you go in my life, you’ll discover that I have this absolutely unshakable adoration for the universe as a whole, the exploration of our solar system (and beyond!) and an unimpeachable respect for ever woman and man who has been involved in this great work. The most powerful memories of my early childhood are:

The tension of the night nearly killed me: I clearly remember Sir Patrick Moore caution that we really didn’t know what would happen to Giotto when it encountered Halleys’ nucleus. The ESA scientists had made educated guesses and prepared the probe for the absolute worst, but when it came to the moment, it was in God’s hands. 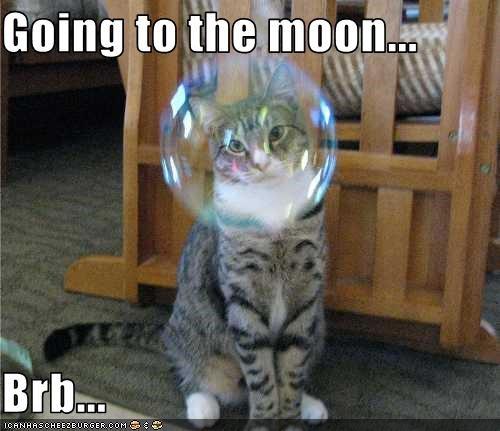 That’s enough of a happy jaunt down memory lane (for now). I want to instead turn what are, to me, the top-10 amazing things in the universe. My strongest interest really lies in “stellar scale” objects: Clods of dirt, asteroids, dwarf planets, moons, planets, ice giants, gas giants, your mom, brown dwarves, and stars. To me, bigger and smaller things than these run into one another in a weird circle: Quantum physics unlocks the secrets of cosmology and cosmologists provide the raw thinking material for quantum physicists.

Feel free to flame me if that sounds dumb.

The top-10 coolest objects in the universe (part 1):

A neutron star is the highly-exotic remnant of a dead star. Calling a neutron star “dense” is like calling the sun “hot”: Technically true, but disingenuous. Like lolcats at the cheezeburger buffet, you can only squeeze our kind of matter before you run up against a hard limit that is literally the space between the components of an atom – the electron degeneracy pressure. If you compress matter beyond that point it, as the name suggests, degenerates. It transmogrifies into a whole different kind of matter called (can you guess it?) degenerate matter.

Neutron stars are absolute fascinating to me because they are the younger, brattier sibling of black holes. Escape velocity is one third-of the speed of light. Spacetime is so bent around a neutron star that you can see the far side of it from any given point. A young and rapidly spinning neutron star, PSR B1829-10, was discovered by variations in the timing of its parent pulsar, and 2. the timings are so regular that astrophysicists studying them have to seriously consider the interference wrought by the Earth’s rotation – as you move closer to and farther away from a pulsar it subtly alters the timing. They do all sorts of other fascinating and cool things, as a rule, while hanging out in parks smoking cigarettes and harassing the old folk. 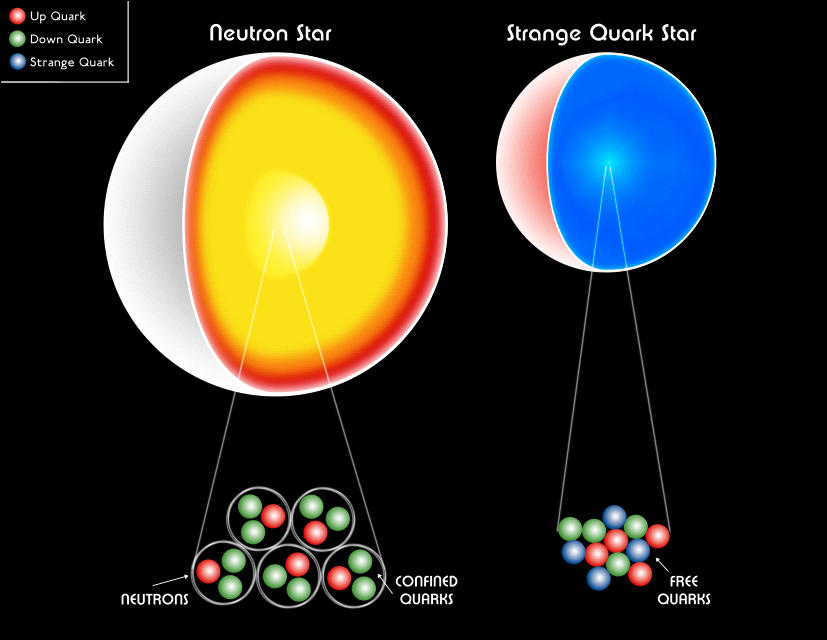 But despite their abundance of awe-inspiring coolness, neutron stars are small and dim and very far away – a typical neutron star of more than the mass of the sun would fit inside the boundaries of greater Galway City, Ireland. RX J1856.5-3754 is exceptional and almost unique because it is visible at well, visible wavelengths of light. You can point a telescope at it and see it. When you read up on on the strange things that neutron stars represent, it is a visible totem. Something for you to look at and associate with; RX J1856.5-3754 is the uranium paperweight you keep on your desk to help you focus as you read about nuclear fission.

Now hey, beyond these base physical qualities, RX J1856.5-3754 has a few more deserving of a mention. First: RX J1856.5-3754 isn’t just a neutron star. It is also a strange neutron star. Literally strange. RX J1856.5-3754 is strongly suspected to belong to a subset of neutron stars known as quark, or strange, stars. These strange object occur when you compress neutron-degenerate matter: It turns into quark matter, a form of matter so strange that (yeah, shut up) it’s different forms are strange. 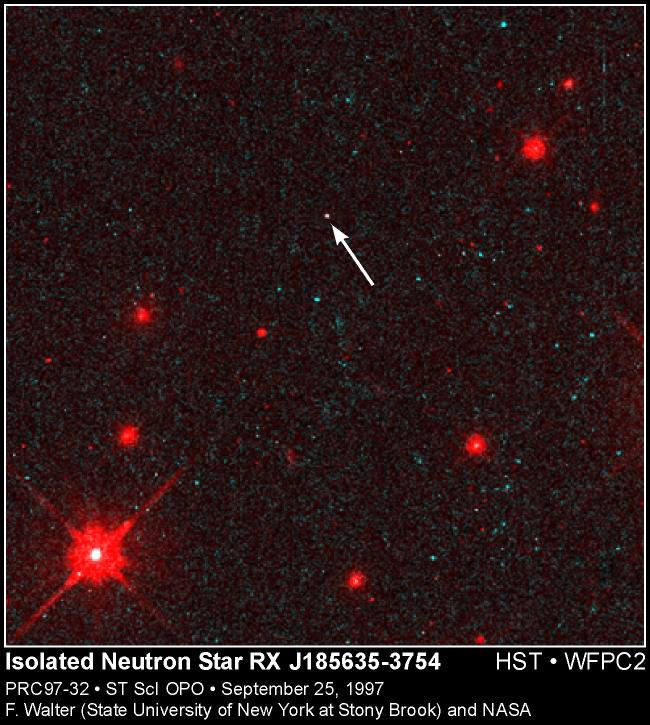 Enough puns: The fun thing that you need to understand about a quark star is that its interior state is suspected to resemble that of a black hole. My comments above about little brothers weren’t entirely facetious: Neutron stars already have the severe gravity gradients and mass. A little more mass, and…